The Party Line: How The Media Dictates Public Opinion in Modern China 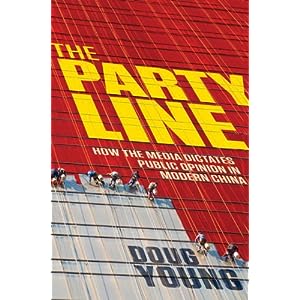 The first in-depth, authoritative discussion of the role of the press in China and the way the Chinese government uses the media to shape public opinionChina’s 1.3 billion population may make the country the world’s largest, but the vast majority of Chinese share remarkably similar views on these and a wide array of other issues, thanks to the unified message they get from tightly controlled state-run media. Official views are formed at the top in organizations like the Xinhua News Agency and China Central Television and allowed to trickle down to regional and local media, giving the appearance of many voices with a single message that is reinforced at every level. As a result, the Chinese are remarkably like-minded on a wide range of issues both domestic and foreign.

Doug Young is an associate professor in the Journalism Department at China’s Fudan University in Shanghai. He has worked in the media for nearly two decades, half of that in China, where he has witnessed the massive changes that have taken place in the country since the earliest days of the reform era in the 1980s. Most recently he worked for Reuters from 2000 to 2010 covering the China story out of the Shanghai, Hong Kong and Taipei bureaus. He is a native of Washington, D.C., and received his bachelor’s degree in geology from Yale University and a master’s degree in Asian studies from Columbia University. In addition to his current jobs as teacher and author, he also comments on the latest China company news and industry trends on his personal blog, Young’s China Business Blog.